It’s a cold and wet morning in Chicago and I’m finding myself on a dim lit highway headed north toward Highland Park. The roads are mostly vacant of any cars worth mentioning. Not surprising, as this is the season cars go into hibernation avoiding the rust advancing white crystalline substance spread throughout the city. I’m scurrying to meet the owner of an Oldsmobile Cutlass at a local coffee shop.  I have a 17 hour drive back to Texas scheduled for 2pm, so why did I wake up so early and excited over a Cutlass? Well certain cars will do funny things to you.

He’s the owner of an Oldsmobile FE3-X Darth Vader Cutlass 442 / Hurst Olds concept cars, 1 of 2 in existence! Making the car even more unique is the 200-4R automatic transmission he opted for instead of the 5 speed gearbox the original one was equipped with. His pride lives vicariously through his voice as he tells me the history and backstory. 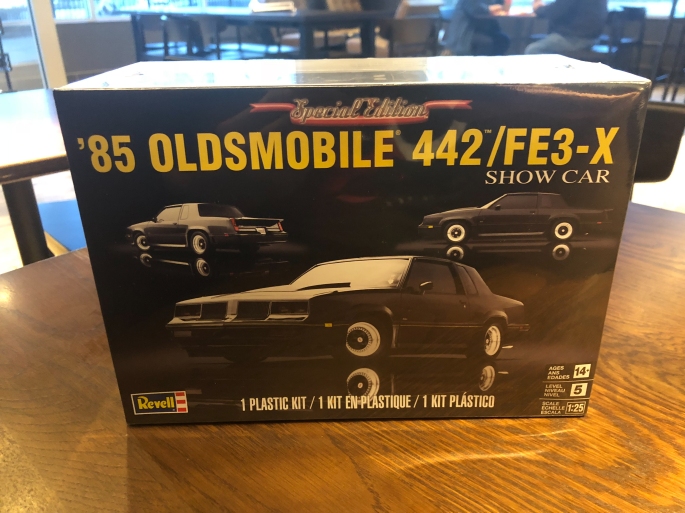 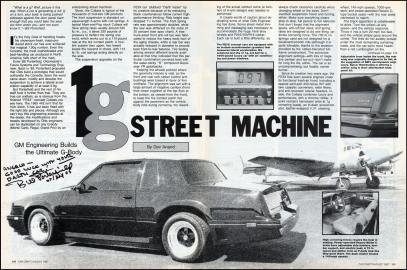 We start from the beginning in 1985 at the Chicago Auto show with a young Angelo Valenti entering the Oldsmobile area. On display is an Oldsmobile 442 featuring the FE3-X Hurst Olds concept design. The added aero, wheels, stealth front clip and more all being designed by Bill Porterfield to showcase the extreme handling capability of the FE3-X new suspension.  Valenti was enamored by it and quickly asked as many details as possible, only to be let down as this was slated to be a one-off creation from Porterfield’s team through the Oldsmobile Aerotech program.

Valenti’s father, also a car enthusiast and Oldsmobilephile, decided he would try his luck at making this happen. A few weeks later they found out the good news: if he was to buy a new 1985 Oldsmobile Cutlass 442 and have it shipped to Brighton, Michigan they would be willing to do the FE3-X conversion. A few dealerships later, he was able to secure his T-Top queen and begin the process. After the transformation was finished the operation was shut down. This first one Darth Vader would end up in the R.E. Olds museum, and one in the garage of Valenti!

He finishes up his cup of coffee as we are nearing the end of my history lesson on the cars storied past. I sit eagerly awaiting an invite to see the car. We stand up and he says, “well, do you want to see the car?” I contain my excitement with a casual “Yes sir”.  We make a short drive up the road to a detached garage where his collection resides. The garage door opener is depressed and both cars are slowly revealed. My eyes read from left to right as I first notice the rear of a 1983 15th anniversary Hurst Olds. The split taillights and two tone black and grey exterior with red striping date it. A small rise wing gives the bare tail a touch of flare. My eyes shift to the right as I recognize the gloss black front of the 1985 FE3-X. A yellow stripe offsets the darkness. I can’t tell if the heavy breathing is me or my mind thinking this is what Darth Vader looks like in car form 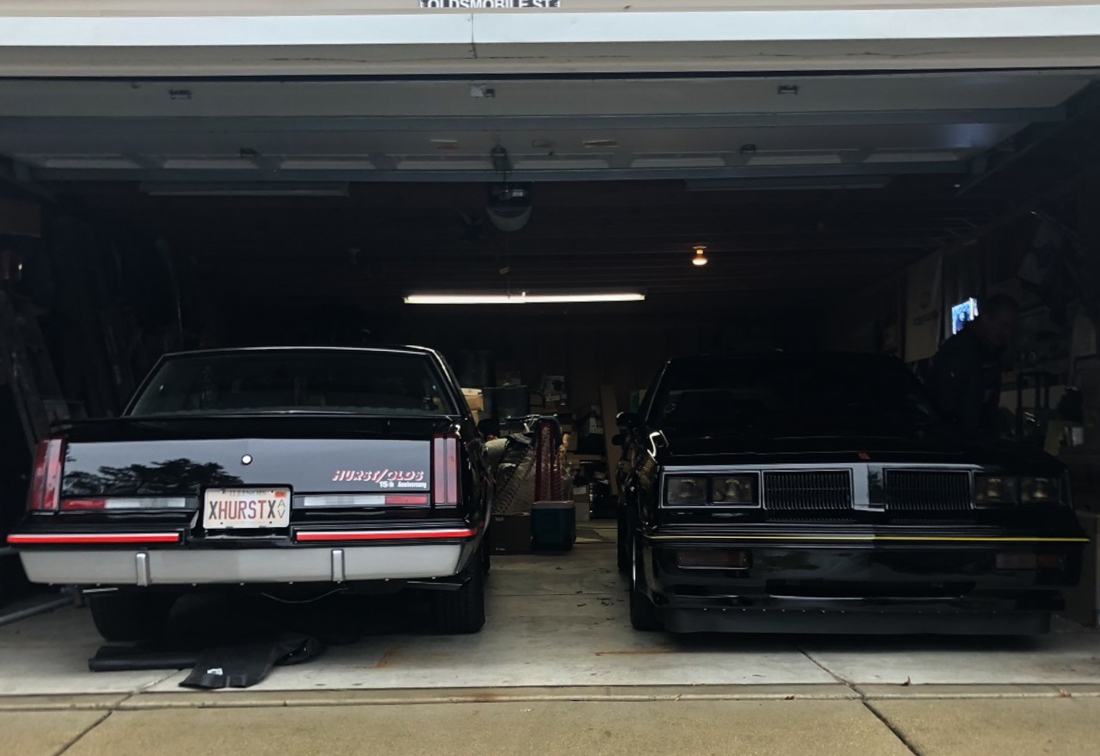 I walk to the back of the stable as the FE3-X is fired up. The starter turns over for a few seconds before catching, summoning a harmonious classic v8 rumble. The exhaust behind each rear tire echoes a healthy 307 cubic inch motor throughout the garage. Valenti clicks the far left knob on the Hurst Lightning Rod’s shifter assembly into drive and the G-body pulls into the driveway.  The wet air instantly creates a haze of condensation coming from the chrome tail pipes. Looking over the chassis quickly reveals this is no ordinary Cutlass. 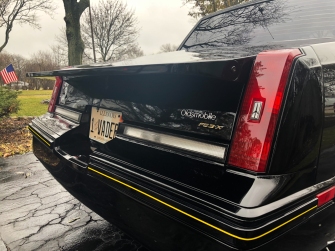 The strikingly clean Olds is now in the open and all of Porterfield’s work can be seen. His team created something different with this build. The pendulous spoiler on the trunk lid allows quick adjustment for extra down force.  A body kit wraps around the chassis and conjoins to the fender flares. The fender flares arching around the wheel wells tuck into a boisterous set of two piece Gotti 16×8 wheels. Each wheel’s perfectly polished lip with black face gives off a period-correct impression. Crawling under the car reveals a skirting mated directly to the body kit. A peak inside reveals a monochromatic grey interior with hints of polished silver. A shifter assembly that would make Zeus proud attracts the most attention as the three Hurst Lightning Rods stand vertical.

The car couldn’t be owned by a more enthusiastic individual than Angelo Valenti. At one point Bill Porterfield told him showcasing the car and having Revell make the model was a bigger public relations accomplishment than Oldsmobile or GM engineering managed to do on the FE3-X. The car has appeared in Hot Rod magazine, Popular Hot Rodding and Car Craft, but he is still down to earth enough to pull it out of the garage for a stranger. Why? Well certain cars will do funny things to you. 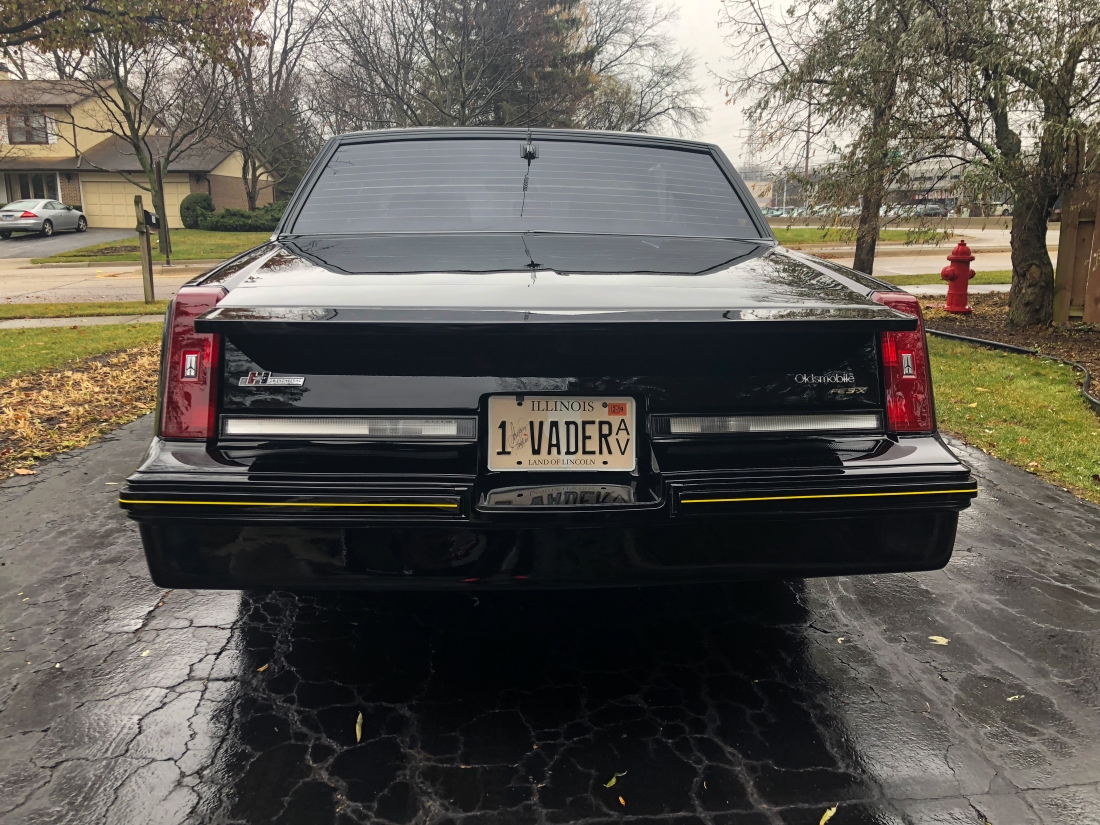 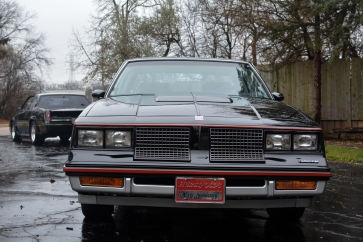 View all posts by James Elkins